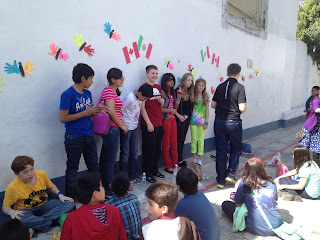 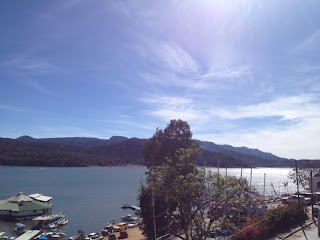 And learn about the Butterflies lively!!! 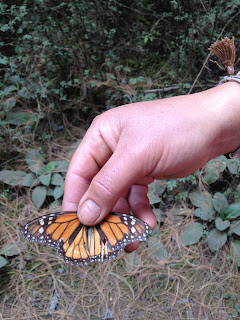 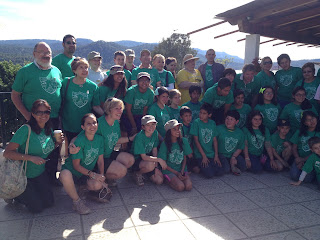 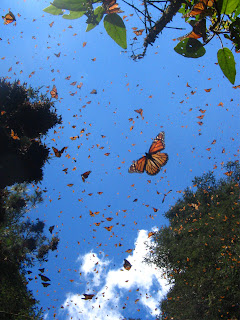 Since the 19th century, it has been found in New Zealand, and in Australia since 1871, where it is called the wanderer. It is resident in the Canary Islands, the Azores, and Madeira, and is found as an occasional migrant in Western Europe and a rare migrant in the United Kingdom. Its wings feature an easily recognizable orange and black pattern, with a wingspan of 8.9–10.2 cm (3½–4 in).Female monarchs have darker veins on their wings, and the males have a spot called the androconium in the center of each hind wing. Males are also slightly larger than female monarchs.The monarch is famous for its southward migration and northward return in summer from Canada to Mexico and Baja California which spends the life of three to four generations of the butterfly.A color variation has been observed in Australia, New Zealand, Indonesia and the United States as early as the late 19th century. Named nivosus by lepidopterists, it is grayish-white in all areas of the wings that are normally orange.In North America, the monarch ranges from southern Canada to northern South America. It rarely strays to western Europe (rarely as far as Greece) from being transported by US ships or by flying there if weather and wind conditions are right. It has also been found in Bermuda, Hawaii, the Solomons, New Caledonia, New Zealand, Australia, New Guinea, Ceylon, India, the Azores, and the Canary Islands.The length of these journeys exceeds the normal lifespan of most monarchs, which is less than two months for butterflies born in early summer. The last generation of the summer enters into a nonreproductive phase known as diapause, which may last seven months or more.
Tessy 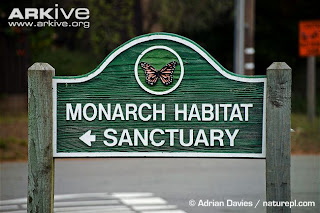 Monarch butterflies are the most beautiful of all butterflies, some say, and are considered the “king” of the butterflies, hence the name “monarch”. There are lots of very cool things to learn about the monarch butterfly and we’ll try to get through most of them here.

Monarch butterflies are not able to survive the cold winters of most of the United States so they migrate south and west each autumn to escape the cold weather. The monarch migration usually starts in about October of each year, but can start earlier if the weather turns cold sooner than that. 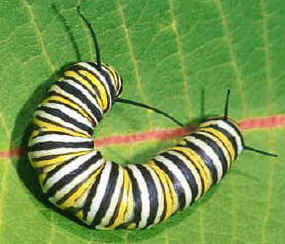 I think that the Monarch Butterflies are so beautiful,they arrived from U.S.A,Canada and Mexico.Not to Mexico city they go to Valle de Bravo and Michoacan.If the butterflies have sex the male die.
I love them they are part of nature !

The monarch is especially known for its long annual migration. Make mass migration south from August to October, while migrates north in spring. Robert Michael, "National Audubon Society Field Guide to North American Butterflies"  Females lay eggs for the next generation during these migrations. The population east of the Rockies overwinter in the states of Mexico and Michoacan, Mexico, in the Biosphere Reserve of the Monarch Butterfly. These sanctuaries were declared in 2008 as a World Heritage Site in the form of natural places. The eastern population overwinters in various locations in the central coastal area of California, United States, primarily in Pacific Grove and Santa Cruz. The length of these journeys exceeds the life of any butterfly (live four days as egg, two weeks as a caterpillar, chrysalis 10 days and 2-6 weeks butterfly). The manner in which the species is able to return to the same overwintering sites after several generations is still under investigation, the flight patterns are inherited, based on a mixture of circadian rhythms and the sun's position in the cielo which are based on their antenas.

Monarch butterflies completely cover the trees.
It is one of the few insects that fails to make transatlantic crossings. A few monarch butterflies arrive southwest of Great Britain and Spain in the years of favorable winds, and have even permanently installed in the Canary Islands since 1804, in Tenerife and in parks and Los Arcornocales Strait in Cadiz province, thanks to the warm weather and the existence of plants they need to survive, introduced by man: the adelfilla, which must have come from Central America in the sixteenth century, and matte silk, which came from Africa in XVIII.18 19
Max 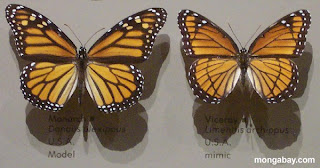 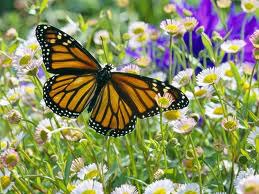 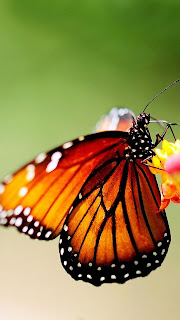 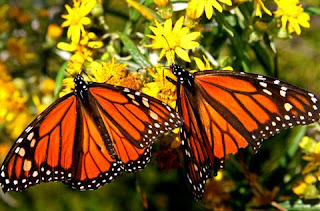