Criollos in mexico
My group investigate about the criollos.Criollos were a social class in the caste system of the overseas colonies established by Spain in the 16th century, especially in Latin America, comprising the locally born people of pure or mostly Spanish ancestry.
The Criollo was ranked below the Iberian Peninsulares, t 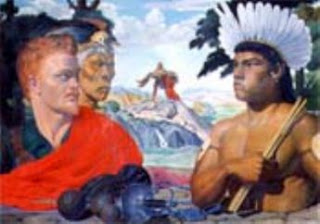 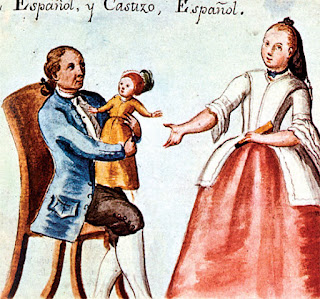 he high-born permanent residence colonists born in Spain. But Criollos were higher in their status rank than all other castes people of mixed descent, Amerindians, and enslaved Africans. In the 18th- and early 19th centuries, changes in Madrid's policies towards her colonies. Criollo nationalists were the main supporters of the Spanish American wars of independence, like the Mexican independence
But in this war the Mexicans won and had their liberty.

Posted by Jules Verne 7th grade students at 11:23 AM