Juan's Day of the Dead!


By Mau&Daniella
During the celebrations of the day of the dead people were questioning about the origins and why they celebrate it,so one day Juan was asking his teacher because she was from Oaxaca, so she told Juan:
Juan, the origins of this Mexican days come from the Aztecs, there are many beliefs, for example my beliefs are that I put an offering to my grandmother, I believe she comes & eat the food I left for her.Also we celebrate it because we think that when we put an offering we are giving her or him our love.
My sister, Maria is in Brazil so yesterday I asked her when do Brazilians celebrate it, &she told me that she don't celebrate it but many Brazilians yes, she told me that they do a "Carnaval" and they do clay skeletons like their art part. They celebrate it on November 1st.
My cousin, Andres is in India, & also I asked him yesterday he told me that they don't do many spectacles, it's more like a private holiday, they honor their dead by singing to them in the cementery on November 2nd.
Juan said: Thanks! I'm very interested in this
Juan went to his house & told her mom that story, so her mom was telling this to everybody in her work (including JVS teachers).🔴 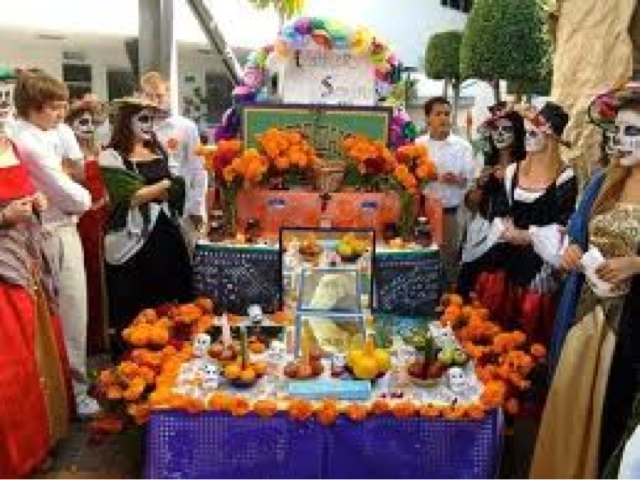 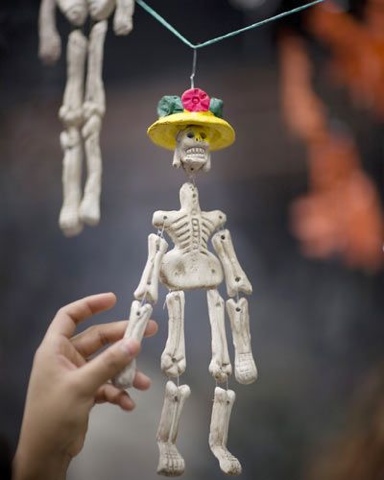 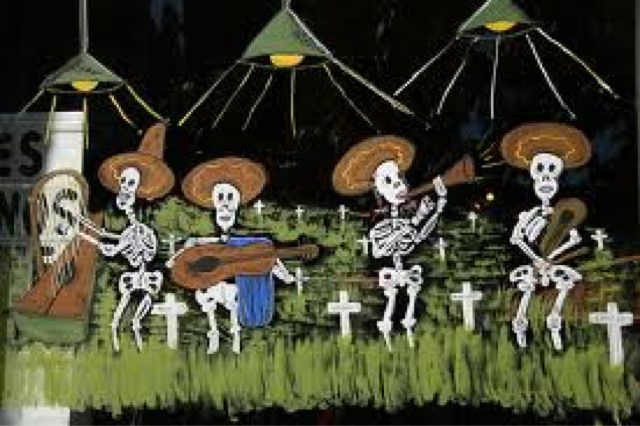 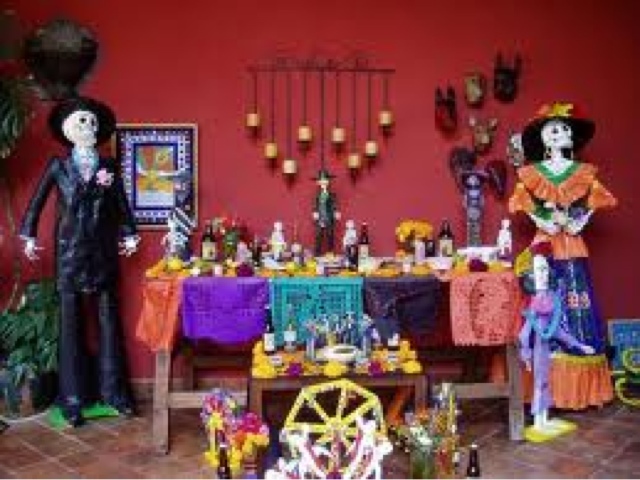 Posted by Jules Verne 7th grade students at 11:03 AM