Percy Lebaron Spencer (19 July 1894 – 8 September 1969) was an American physicist and inventor. He became known as the inventor of the microwave oven. 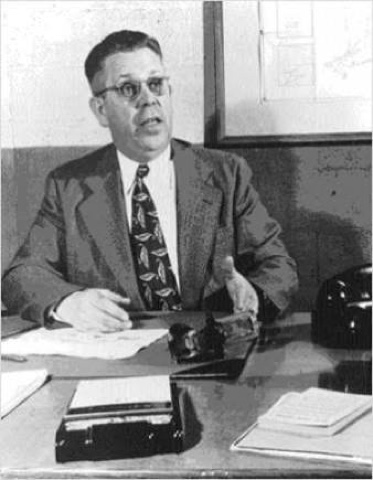 Spencer was born in Howland, Maine. Eighteen months later, Spencer's father died, and his mother soon left him in the care of his aunt and uncle. His uncle then died when Spencer was just seven years old. Spencer subsequently left grammar school to earn money to support himself and his aunt. From the ages of twelve to sixteen, he worked from sunrise to sunset at a spool mill.

One day while building magnetrons, Spencer was standing in front of an active radar set when he noticed the candy bar he had in his pocket had melted. Spencer was not the first to notice this phenomenon, but he was the first to investigate it. He decided to experiment using food, including popcorn kernels, which became the world’s first microwaved popcorn. In another experiment, an egg was placed in a tea kettle, and the magnetron was placed directly above it. The result was the egg exploding in the face of one of his co-workers, who was looking in the kettle to observe. Spencer then created the first true microwave oven by attaching a high density electromagnetic field generator to an enclosed metal box. The magnetron emitted microwaves into the metal box blocking any escape, allowing for controlled and safe experimentation. He then placed various food items in the box, while observing effects and monitoring temperatures.

Raytheon filed a patent on October 8, 1945 for a microwave cooking oven, eventually named the Radarange. In 1947 the first commercially produced microwave oven was about 6 feet tall, weighed about 750 lbs, and cost between $2,000 and $3,000. In 1967 the first relatively affordable ($495) and reasonably sized (counter-top) microwave oven was available for sale. 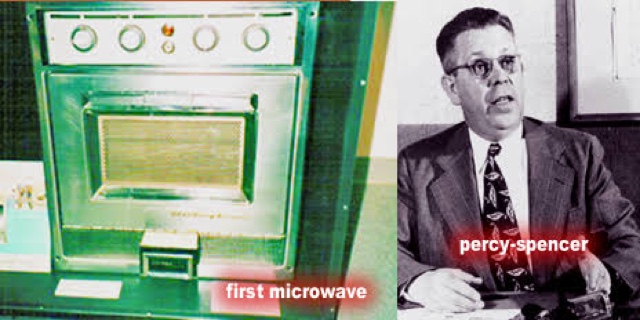 EVOLUTION OF THE MICROWAVE OVENS 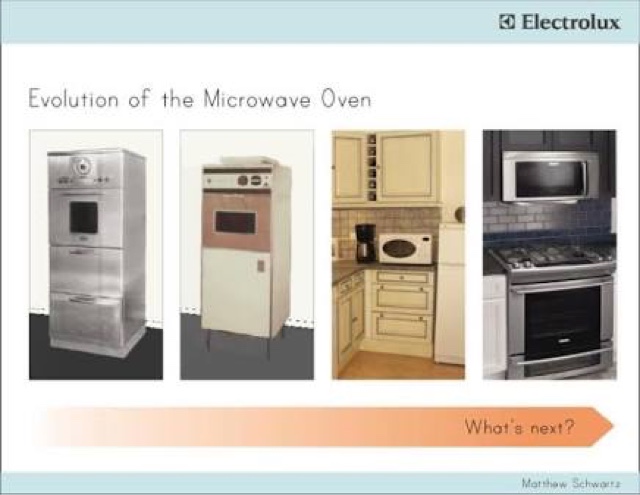