Under the Earth. (Tamara) 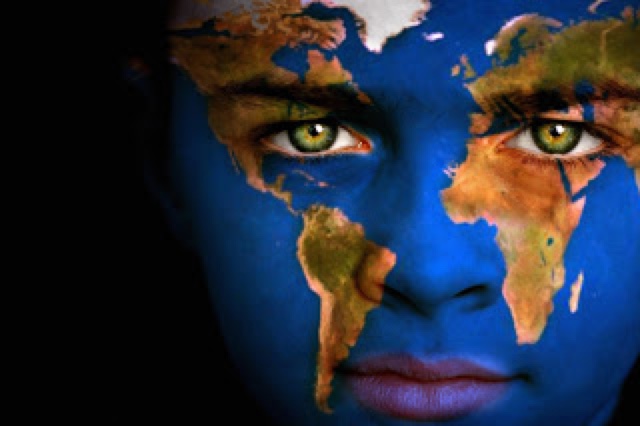 1.- This image show a kid's face in which is painted the Earth.
2.- The kid in this image has a really beautiful eye color.
3.-The background of the image is totally dark.
4.-The continent of Africa is his right cheek.
5.-His eyebrows cross part of the U.S.A and Canada.
1.-What emotions does the image transmitted?
2.-Who is the kids in the image?
3.-Which is the kid's eye color?
4.-Where does the foto has Ben taken?
5.-When does the foto as been taken?
1.-What time was when the foto has been taken?
2.-What's the name of the kid?
3.-It's a boy or a girl?
1.-Of what color is the background?
2.-What color of eyes does the kid have?
3.-Does his face is completely painted by blue color? 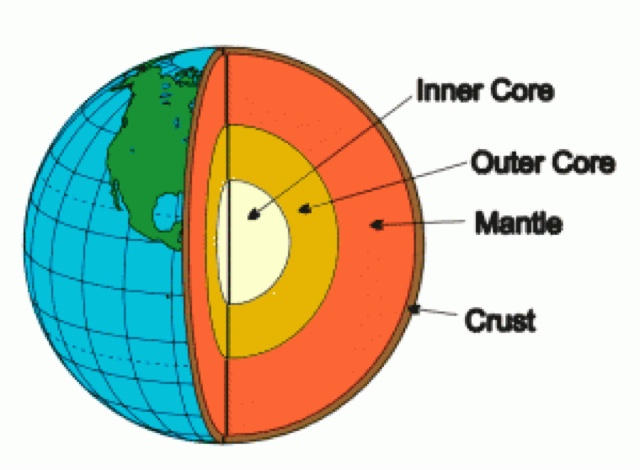 1.- Crust.
2.- Mantle.
3.- Outer core.
4.- Inner core.
The tectonic plates are always slowly moving, but they get stuck at their edges due to friction. When the stress on the edge overcomes the friction, there is an earthquake that releases energy in waves that travel through the earth's crust and cause the shaking that we feel.
I have to say that there's no way to prevent them , but we can minimize its damage.
Architects and engineers take the challenge of design structures in areas prone to earthquakes.
This requires the building to "move" with the moving earth. Some sources call this "floating" foundations.
Seismometer measures the motion of ground , including those of seismic waves  generated by earthquakes , volcanic eruptions , and other seismic sources.Records of seismic waves allow seismologists to map the interior of the Earth, and locate and measure the size of these different sources, it was designed by Scottish physicist James  David Forbes. 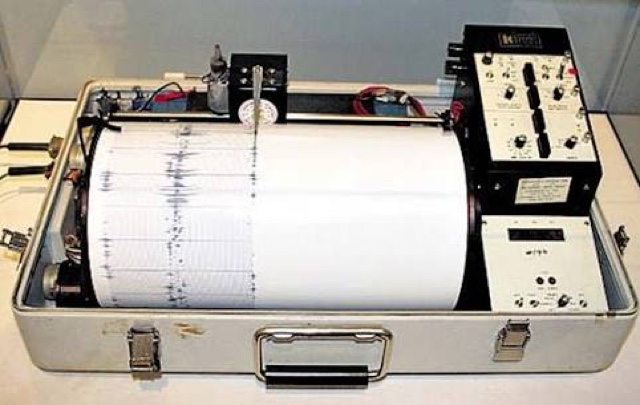 The Earth is a boy or a girl?
One day  God was lied down in his big , fluffy bed and he was thinking,
-What do I should do now?, I gave created my magnificent palace with the most beautiful things , but, I'm not fully satisfied.-He scratched his beard - I know!
He run to his yard and screamed
-I want to creat LIFE , and a place where the things I would creat could live peacefully!
In that moment the sky crushed into 2 and it emerged an almost-perfect circle , with blue , green , yellow and brown colors.
God was magnified with the results , that much that a tear slipped of his cheek and fell to the small sphere he has in his hands. That was the begging of the Earth, God decided that it will be a life creator such as a women,with the power of attend all the necessities of the things that will live on her , wand also with the power and the strength of a man.
So the mystery is unanswered but we have all that we need and we have to be thankful for that.
Tamara
Posted by Unknown at 7:33 PM